We live in a society. Webcam modeling has become a major industry, on an international scale, with hundreds of thousands of models and tens of millions of viewers across dozens of platforms. It rakes in upwards of $2 billion per year. And yet, like general sex work, we just never really talk about it.

What are the opinions, beliefs, and experiences of people unfamiliar with, new to, or experienced in the world of camming?

In order to get a few different perspectives, we polled some models and fans on what they thought of the industry before their involvement with it, and how being a model or a fan has affected their lives and opinions of the industry. While, naturally, there were a variety of beliefs and opinions expressed, there were two threads that really stood out.

The first is an idea that people unfamiliar with the job express in a few different ways. They tend to view webcam modelling as simply another genre of pornography – one that requires little skill or effort.

This isn’t even true of the wider pornographic industry itself, but appears to be a persistent belief that may color opinions of camming. Viewer @BrentOsland admits that he “had a notion it was much more ‘porn-like’. And while that is definitely an aspect of it, he concedes that he’s “actually spent more… time and money in rooms with models and other members where it’s much more about just having fun, and hanging out, than being overtly sexual.” Meanwhile, in a similar vein, one anonymous respondent believed “that every model was simply out for a paycheque, [and] that they did not care about creating any sort of relationship or friendship beyond accepting payment for services rendered”. But, much like Brent, this viewer’s experiences have changed his perspective – recognizing that camming is “a job, but making connections with clients allows more freedom and heightens the experience. According to viewer @memberblasts:

“…I held the belief (like many do) that camming is an easy way to make some money, and it doesn’t require much effort to at least have SOME success [sic]… those beliefs have been 100% shattered. It clearly requires time and effort, a good amount of self-worth/self-esteem, some marketing knowledge, general understanding of psychology, and a serious business acumen”

Unsurprisingly, many of these attitudes and beliefs seem drawn from existing ones about stripping, prostitution, and the greater pornographic industry. And, sure as with any bias or prejudice, they begin to unravel and dissipate once they’ve been challenged through experience.

On the other hand, there is a universal claim among those who responded that becoming involved in the webcam modeling world, in whatever capacity, has had a positive effect on their lives.

Webcam model @ElevenMFC credits her involvement in the camming world with helping her “become more open and more honest with [herself] and others” and learning “how to deal with many different scenarios and thrive despite them”. Even further, she says that she’s “more comfortable with [herself] as a person” since she began camming. @BrentOsland says that his “understanding of women and work have changed quite a bit.” making him “more empathetic to sex workers, and how hard they work at what they do.” Veteran model @heathenharley01 glowingly proclaims:

“…I have been in this business for a very long time. I have seen so many highs and lows it’s a little unreal. I have had the same opportunity to meet so many amazing people over my years and I honestly don’t know where I would be without SW. I have made so many friends around the world that I would have never had the opportunity to meet. I’ve been nominated for a lot of awards, I’ve raised the bar as far as my skill level. I’ve challenged myself and what I thought I could do and proved to be a boss in my own right. I love this business and I wouldn’t trade it for the world.”

@memberblasts credits his exposure to sex work with learning to “deal with friends and family who aren’t on the mainstream spectra of gender/sexuality.”, while performer @Goddess_Siham even met her husband through camming, saying of him: “He’s my rock and so supportive of what I do. I couldn’t ask for a better husband.” which is honestly super heartwarming.

The people who responded to the poll had a lot to say about how they saw camming and how they see it now. Yet, not a single one of them has found that involvement in the webcam modelling industry negatively impacted their lives outside of how the prejudices of others turned to judgements. Many of those judgements were ones they themselves passed on camming before they really learned about it. While I do think that there are myriad reasons any person or group might disdain webcam modelling, or the wider sex work industry in general, the responses to this survey suggest that general ignorance may be a major one. I contend that this ignorance is encouraged through cultural taboo and that the only way to address that is to normalize the subjects of camming, pornography, and other forms of sex work in the public discourse.

Maybe it’s bad, actually, to just never talk about sex work because it makes us uncomfortable. So, yeah. Talk to yer dad about camgirls. 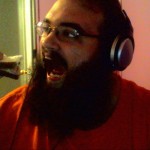 Ayumi, Webmaster of Her Cam Modeling Empire (Retired at 26!)