Chaturbate’s long list of apps and bots can be both daunting and incredibly useful for coming up with new profitable cam show ideas. Winging it is always an option, but sometimes having some structure in place can keep both you and your viewers on track.

New and novel webcam shows will help keep folks interested, and curious to come back to see what you might be up to. Besides, more engagement leads to more tokens for you, and more fun for everyone.

It can be a challenge to keep your guests entertained if you’re online for hours at a time.

These 3 cam show ideas will help you keep your fans entertained for those long webcam modeling sessions.

Chaturbate has app integration for Keno on the site, or you can use a whiteboard or post-it notes.

Some examples of prizes include: spankings (my default), flashes, dirty talk, dancing, some toy action here and there, snapchat, and even video giveaways.

Start with a small goal like getting topless, then move on to full nude, then maybe a hitachi show, and so on until you reach the big goal.

Set a price for fans to enter a private ticket show that triggers when you reach your goal. If a fan wants to join after the show starts, the ticket price goes up.

You can encourage people to join by showing off your toys, talking about what you want to do, and asking viewers what they want to see.

Some nights, I only have an hour to devote to Chaturbate and I want to make money quick.

I recommend these apps for those shorter cam sessions:

Set a goal using the app. Once you reach it, the show starts! However, the tip jar will start to deplete over a time frame you set it for. You could have it deplete in, say, 3 minutes. Fans can tip as the jar empties to keep the show going until, once it is completely empty, the show stops.

There’s app integration for this one, or you can use a whiteboard. Fans have to tip a set amount for a chance to guess a letter or the word. Six wrong guesses and you’re dead, the game is over.

If they guess the word, then give them a special show! Get another word set up, then do a toy show for a few minutes.

Usually, you can get several rounds in within an hour.

Tip: Set flashes as the default tip to reward effort.

Add some excitement and mystery to your show! There are several app-based games of chance on Chaturbate. Some of the ones I recommend are:

Viewers can tip to spin the wheel and win prizes you assign to the different spots on the wheel. This one is really straightforward and can be a lot of fun.

Pretty similar to the Wheel Spin app, you set prizes for the different slot cominations and viewers tip to spin the slots!

This is a slightly more complicated game and a fun app. It’s played with the same rules as blackjack and viewers tip to play a hand against you. You can set up different prize lists for the viewer to choose from depending on whether you win or they win.

With both of these games, one round can take quite some time to get through, usually an hour or two, especially if fans keep missing the targets.

Again: Set token amount to match the price of flashes so they always get something for trying.

Bingo works in much the same way, except low tokens are teasing, higher tokens are flashing, hit a number for a bit of fun, and find all numbers for a bingo to do a cumshow.

If there’s anything people like more than games of chance, it’s the illusion of control!

You can cater to this in a couple of ways:

Viewers can tip tokens to buy votes towards one of a selection of goals. Choose, say, three kinds of show that you would like to do, so you’re never disappointed by the outcome!

These can be connected via bluetooth to vibrate when you get a tip. Using one of these, you never know when a tip might come in and give you a little buzz! There are even apps that let you control how long or powerful a vibration is based on the size of the tip.

The Lovense Lush 2 is the most popular tip-activated toy on Chaturbate, followed up by other Lovense toys such as the Hush and Domi.

In fact, Lovense has its own version of some games you can use in your interactive webcam shows.

READ  Best Cam Site For You in 10 Questions (or less!)

Need to make money but don’t feel like getting nude? These apps have you covered.

With these, once you reach your goal, the counter starts over for the goal to happen again. You can make the goals whatever you like, including non-nude rewards.

Just set up a basic “tip jar” for viewers to donate to in order to support you for doing various projects. I remember coloring a big poster and getting tipped for it. If you are the creative type, don’t be shy to show off those talents.

Don’t be afraid to try something new. Get creative and see what kind of games you can come up with to share with your fans. Bookmark and refer back to this list if you need some inspiration!

Interested in getting started as a webcam model?
Sign up on Chaturbate
Learn How to Succeed as a Cam Model 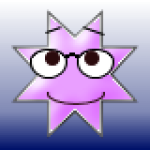 32-year-old webcam performer from the Washington DC area. She’s been working in the adult industry for a little over six years and “likes to keep an open mind and cater to a variety of interests.”

Best Cam Site For You in 10 Questions (or less!)